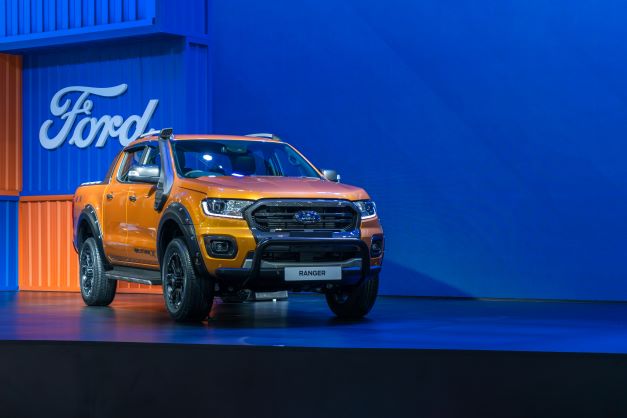 When it comes to getting one vehicle to do everything, a pickup truck is hard to beat. The popular double cab body style usually includes room for five adults, a strong 4×4 system and a practical load bed that with plastic liner or rubber coating, can carry everything from garden waste to valuable antiques.

Accessories are available for every task, and strong chassis and diesel engines usually mean these vehicles can last decades if maintained well.

The lifestyle pickup is a relatively new category, though. For much of Europe and Britain, pickups were exclusively working vehicles, but the popularity of trucks in America, and the relatively low company car taxes these working vehicles attract compared to increasing penalties on running a traditional 4×4 created an appeal for regular drivers, rather than contractors and businesses.

Search used cars for sale UK (or vans) and you’ll find thousands of comfortable, capable pickup trucks to choose from.

Which pickup truck is best?

Normally we’d ask lots of follow-up questions, but in this case… there’s one answer, and it’s the Ford Ranger.

Since an extensive facelift and new engines in 2018, the Ranger has been the class leader for work and play, and it not only has the ultimate lifestyle pickup in the range (the Ford Ranger Raptor), it also has the most versatile range of functional working trucks too with different axles, suspension and bodies to optimise it for your task.

For a typical car buyer moving onto a pickup (whether it’s because they look cool, or you’ve got a specific job in mind) the Ranger Wildtrak is hard to find fault with. Wildtrak X has slightly more lavish soft trims, but on any recent Ranger you’ll get acceptable ride and handling, immense off-road ability and surprising refinement (upmarket models have active noise cancelling).

The Range Raptor is something else – it doesn’t get all the tax advantages, and can only tow 2,500kg, but it handles like an oversized rally car off-road, and like a comfortable, smooth SUV on-road. Just watch out for the speed limits, as its weight means legally, it should be going slower than the others despite the performance!

These comments do apply to earlier Ford Rangers, but the 2018-on is the best; if you’re looking at older models then rivals do have advantages. Looking for a new Ranger? Ford’s about to release a dramatic facelift, with a V6 Ranger Raptor, and it also forms the basis for a new Volkswagen Amarok.

The other pickups available at the time offer small changes in ability, but generally follow the same format. The best of the rest is a diverse bunch, but there’s a pickup for everyone. Look for the 180hp model, as it has ‘Super-Select’ four-wheel drive that can be used on tarmac as well as on loose surfaces, making it ideal for poor weather security and towing on mixed surfaces. These can tow up to 3,100kg normally, but revisions later on allowed 3,500kg if you use a three-axle trailer.

These are narrow, nimble and easy to place on the road, but like most pickups they’re quite long with a poor turning circle. Upmarket models, such as the Barbarian, include a reversing camera to make life easier. There’s also a Fiat-badged version, the Fullback; it’s worth seeking out the Fullback Cross if you like driving off road as it offers centre and rear diff locks with full-time 4×4 – a very flexible system that would cost thousands to upgrade a less well-equipped truck with.

Downsides of the L200 are a rather dated, plasticky interior compared to the Ford, and occasionally unsettled ride when unladen. Sadly, you can’t buy a new Mitsubishi L200, but the Series 6 dropped to 150hp and retained the same dated interior.

Isuzu is the quiet one. Not in terms of refinement, though the 2018-on refreshed D-Max with 1.9-litre diesel is better than you’d expect. In terms of ‘brand awareness’, the D-Max is better known among gamekeepers and estate managers than gamers and housing estate residents.

There are a lot of special editions, but they have the feel of a vehicle upgraded by the dealer – some of them are, in fact, with features like one-touch indicators an accessory rather than part of the DNA. Even the brochure images show them with hard metal tops as favoured by shepherds, rather than aerodynamic roof covers for surfers.

There’s a reason for that. The D-Max is tough, it’s based on the thinking behind heavy trucks rather than modified SUVs, and it’s got the sort of strength that can handle 225kg nose weight on a trailer, when most trucks stop at 75-120kg.

For the best ride and handling, the XTR special edition has uprated suspension that really works, but it comes with a lairy body kit (that helps driving off-road). It’s also one of the slowest accelerating and pre-2018, least refined at motorway speeds. Though – unlike the Range Raptor – it can at least do motorway speeds legally on a dual carriageway…

The new D-Max has the same 1.9-litre engine, but is thoroughly revised and new. It’s an excellent truck, and looks imposing in AT35 form.

Best pickup for a lifetime of lifestyle – the Toyota Hilux

You might be surprised that the Hilux is low on this list – and that’s purely because we’re looking at lifestyle pickups.

The Hilux is strong, easy to maintain and holds its value but until recently had the least-powerful engines and most industrial interior and equipment, though models fitted with SafetySense did achieve the highest safety scores for a pickup when tested by Euro NCAP in 2016.

The tables turned for the Hilux when the 2.8D model was introduced in 2020. It became the most powerful pickup on sale as the V6 models from VW and Mercedes were discontinued, and the upgraded, wide-body Invincible X got suspension tuned for unladen, road-biased use and nicer equipment throughout. It’s not quite as lavish as the Ranger, but it’s wonderfully well-made and has the potential for ten years of manufacturer warranty if serviced at a main dealer.

And the fifth choice?

Power and luxury, or refinement and strength.

Obviously if you have the budget, the Volkswagen Amarok V6 is the pinnacle of pickup perfection. Though it’s not quite as complete as you’d think – towing capacity is reduced, but for big caravans and the like that are still well below 3,100kg, you’ll enjoy touring if you can find the ErgoComfort seat package.

Its main rival, the Mercedes-Benz X 350 d, is really all about badge prestige – while the engine & gearbox are great the trim and equipment are well below expectations for the price.

If you need to tow and carry a lot, the SsangYong Musso (2018-on) is also well worth considering. As a replacement for an SUV, it’s more refined at speed than rivals. It’s also shorter, easier to park, and can tow 3,500kg while carrying over a tonne. It’s equally car-like inside, with features such as cooled front seats on the higher trim levels, but the pickup bed is short and the ride can be harsh, particularly on early models if they haven’t been modified.

Confusingly there are two Rhino models – before 2020 the Rhino is a top-of-the-range version, after 2020 it’s a long wheelbase version, with the longest load bed of any UK pickup – worth considering when buying new. 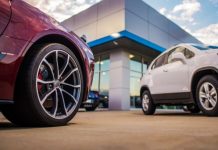 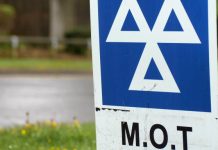 What you need to do before offering MOTs in your garage 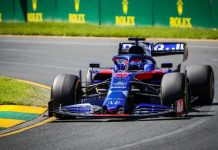 Getting into Formula 1 driving 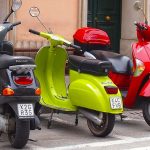 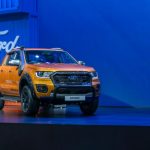 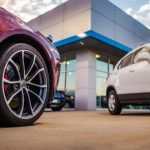 Worried About The Performance of Your Engine? There’s a Way to...