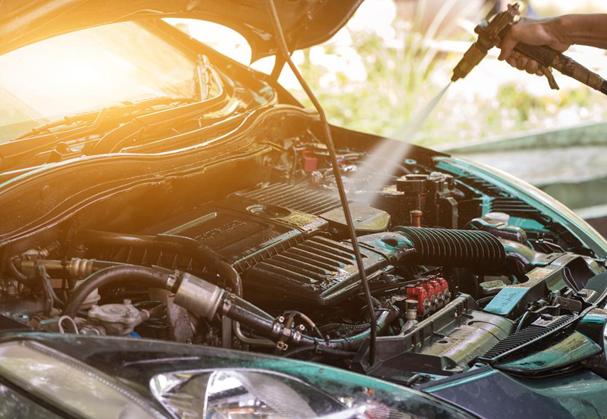 Just like the rest of the vehicle, a clean engine compartment makes your car look new and well maintained. Some car owners actually claim that a clean engine helps the car run better and cool faster. However, appearances aside, is washing your car engine a good idea? This is especially pertinent, considering that the bulk of your electrical components and sensitive engine parts can be found under the hood.

It’s true that accumulated dirt, oil and grease on an engine can trap heat and also take a longer time to cool. However, it’s doubtful that this can make an engine overheat. If your car does overheat, there’s more than likely a problem with your cooling system or some other issue unrelated to the amount of grime and dirt your engine is lugging about.

Having a clean car engine is good, but as yet there’s no evidence to suggest it works better than a dirty one. However, cleaning your car engine does have certain benefits.

Thinking of giving your engine a much needed clean? Jack Wilshere of Nola Automotive Repairs says you need to know the following things first:

1. Before washing your car engine, you may need to first ask yourself if this is essential to your car’s functionality. If you plan on selling your car, a pristine looking engine – rather than show its good points – could actually serve as a red flag.

Potential buyers will wonder if you’ve washed the engine to hide signs of oil leaks. Even though a dose of soap and water is good for just about everything, you could end up with a glistening engine that won’t start. There’s also the possibility that you could get water into areas that can cause your electricals to short circuit or your engine to corrode.

2. It’s never advisable to wash your car engine yourself, unless you’re a professional. Modern cars have tons of electrical connectors which can get wet (even with steam cleaning) and cause problems for your car. Of course, these connectors are shielded from beneath the hood to prevent water on the road from hitting them. However, this shield does not offer protection from a steamer or hose.

If you’re not a professional, you could end up putting water where it shouldn’t be. You might not know what and where to protect, where to spray, the right cleaning solutions to use and how to go about the process of detailing your engine. 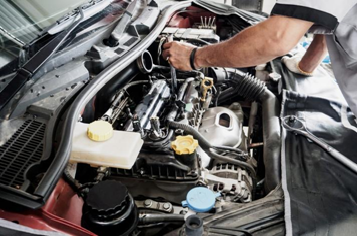 3. If you decide to do the washing yourself, ensure you try as much as possible to protect your engine components. For older cars, covering the carburetor is essential. You should also remove the distributor head and keep it in a plastic wrap. To be on the safe side, ensure every electrical component is well protected from direct water or steam. These components can easily cut out if wet.

4. It’s never a good idea to wash your car while it’s hot, such as after a long drive or when parked under the sun for too long. When your car is hot, the heat speeds up the drying process. This means that soap and water dries up faster on the body of your car, making it harder to wash and increasing the chances of spots appearing on your body work.

If washing a hot car is a bad idea, then it follows that washing a hot engine is an even worse one. If your car engine is extremely hot, you stand the risk of stressing the metal and causing cracks. Some small metal components can even bend out of shape when it comes into contact with cold water. Even if you plan on using warm steam, it’s a good idea to allow your car to cool down a little.

5. If you must clean your car engine, use a degreaser and vacuum tool with a tiny nozzle or a toothbrush for those hard-to-reach areas. This is highly preferable to using a high blast or power hose, because water (as we already know) can damage electrical parts. Even a small splash in the wrong place can cause serious problems for your car engine.

In some cases, it can cost thousands of dollars to get it fixed. Instead, make sure that any part which is soaked in water is thoroughly dried – preferably with compressed air. It might also be a good idea to leave the hood open for the engine to dry out before running it. If you’re not sure which parts to cover which to leave open, you should consider having a professional do the washing for you.

6. The aesthetic appeal of a car with a glistening engine is very attractive. However, washing your car engine should only be done when absolutely necessary, such as when you’re trying to identify the source of a leak, or when you want to sell your car and you’re sure a clean engine will improve its overall value. If not properly undertaken, there’s a high chance something can go wrong.

7. In the event that something does go wrong with your car engine after washing it, don’t attempt to trace and fix it yourself, as you could end up making the situation worse. If you can get a mechanic to take a look, then do so. If there aren’t any close to where you are, find a way to get the car to the closest garage.

Jack strongly advises that car owners should spend time reading the manual that came with their vehicle to identify the type of maintenance required. “This way, you’ll make fewer mistakes when maintaining your car,” he said.

After washing your car engine, it will no doubt look like new and everyone will love it. However, remember that it’s what’s in the engine that counts, not how it looks. If this sounds overwhelming, there’s always a reliable engine replacement in New Orleans that you can count on. People who work on engines and other components have a broader knowledge and can even save you from the hassles of trying to fix your car engine.

Someone once said that when it comes to car engines, function trumps over fashion. Experts will tell you that’s absolutely true. 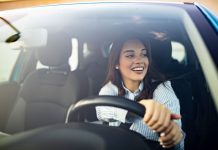 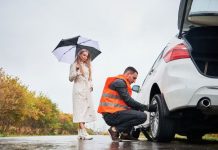 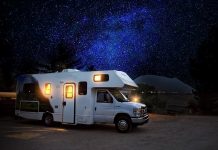 How Vehicle Trackers Work and Their Benefits for Businesses