The definition of a classic car has always been relatively flexible. Some argue that it applies to cars built 20, 25 or 30 years ago – the age varies depending on who you ask – while others believe it’s less about how old the car is and more about how special it is.

We’d argue that those in the latter camp have been validated in their opinions over the last couple of years, as an increasing number of younger cars have begun shooting up in value at an alarming rate.

That made us wonder: which cars have increased in value the most in recent years? This is by no means an exhaustive list, but for today’s article we’re highlighting five now-collectible used cars that, not so long ago, wouldn’t have been considered classics at all.

You’ll notice that even this short list is somewhat dominated by Japanese cars. The generation that grew up addicted to Gran Turismo can now afford to buy their dream cars for real, but a limited supply of good examples combined with a rapid surge in demand has led to an explosion in market value for a host of now-iconic machines. This list could’ve consisted solely of Japanese cars, in fact – but maybe that’s a topic for another day.

Not so long ago, you could’ve picked up a half decent one of these for £6-7,000. A good condition manual coupe is now more than double that, though – and prices aren’t likely to soften for a good while yet. Convertibles and SMG-equipped cars aren’t far behind in value terms, but special models like the CS and CSL have risen in price the most. You could pick up a CSL for £25,000 a few years ago, but clean examples now change hands for north of £85,000.

An association with drifting (and little else) helped keep Nissan Silvia values stable for a long time. Most didn’t appreciate what good all-rounders these cars were until it was too late, so clean, solid examples are rare. The ones that are out there, though, are now worth a pretty penny. Naturally-aspirated spec-S models often fetch upwards of £15,000 now (they could be had for a third of that a few years ago) and good condition turbocharged spec-R models now start at around £23,000. Rewind four years and even spec-Rs were seen as £10k cars.

Yes, another Nissan – we told you ‘90s Japanese cars were on the rise! But while Silvias have doubled in value of late, R34 Skyline GT-Rs have – in some cases – quadrupled. Through most of the 2010s, you could have got your hands on a decent example for £25,000. No longer. You’ll now have to fork out upwards of £100,000 for a nice one now, and special models like the V-Spec II Nur will cost a whole lot more. It wasn’t long ago that the 944 was considered by most to be the ‘poor man’s Porsche’ – so the fact that Turbo models are now fetching £30,000 is scarcely believable. It’s happening, though – and the days of £2,000 non-turbo examples are history too.

Few cars have experienced as dramatic price rises as the Mk. IV Supra. Naturally-aspirated automatic models used to be worth just a few grand, but even those now fetch well over £10,000. It’s twin-turbo manual models that have experienced the most significant price rises, though: tidy examples are now £60k-plus. The car’s big screen appearances and legendary tuning potential help explain the value spike, which hasn’t been enjoyed by most of the Supra’s contemporaries (Nissan’s 300ZX and Mitsubishi’s 3000GT included). 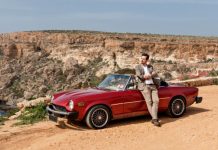 How to Make an Older Car Appear to be More Modern 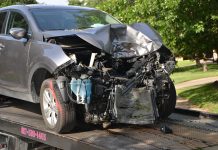 All about the Kawasaki range of sports motorbikes

All about the Kawasaki range of sports motorbikes

Keep your car in good shape for less with CSMA