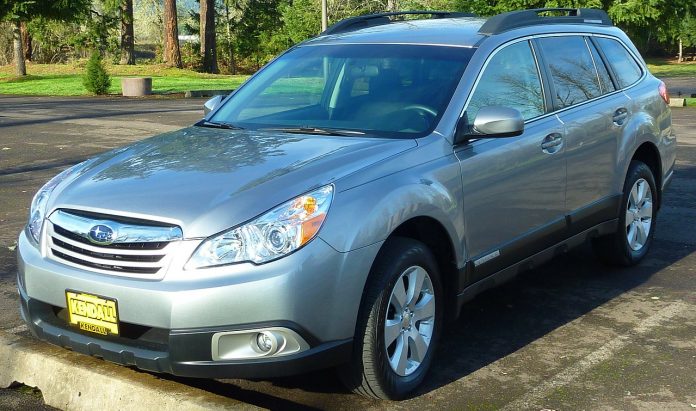 Most recently I test-drove the fastest Ford Focus currently on the market; the Zetec S, with a 180PS, 1.6-litre, 4-cylinder EcoBoost turbocharged petrol engine. With a 7.9secs-to-62mph sprint time and a potential top speed of 138mph, that EcoBoost-ed Zetec S felt quick, grippy and responsive; undoubtedly one of the best all-round ‘real-world’ cars I’ve enjoyed.

Now it’s the turn of the latest Focus to hit the Ford dealers. Again it wears the EcoBoost badge – which is a combination of Ford’s latest powertrain, bodywork and driver aids technology aimed at driving up fuel efficiency – but this little 1-litre, 3-cylinder, 125PS petrol motor has its eye on the fuel gauge, rather than the finish line like the 180PS EcoBoost.

So, a 1-litre motor with just three cylinders sounds pretty small to be pulling the mid-size Focus? But, the motor is backed up by the latest in turbocharging tech, for a more rounded and responsive driving experience. It certainly looks good ‘n’ sporty in this Colorado Red, near top-of-the-range Zetec S trim, with a sharper bodykit; big 18-inch (new style) alloy wheels; sports suspension and a hunkered stance. So let’s see how she does on the road.

First impressions:
The third generation Ford Focus has been on our streets for over a year now, and while I liked the look of the car when I saw it for the first time in the metal, I have to say that in the newest, big-wheels-and-bodykit Zetec S trim that wraps up the new 1-litre EcoBoost engine we’re testing today, the Focus is further climbing towards the top of my ‘good looks list’.

Sure, the towards-the-top-end Zetec S trim certainly helps with the attraction of things, with its sharpened front bumper, diffuser-detailed rear bumper and deeper side skirts – the new, snowflake-style 18s are also pleasant – but the well-executed basic Focus style still manages to grow on me with every test drive. Those 18s are £400 extra mind, even on this £19,195 Zetec S.

Into the interior:
Zetec S brings a pretty decent haul of standard kit on the inside – although partial leather is part of a paid for options pack. But, for your £19,195 Zetec S base price – with this new 1-litre EcoBoost engine under the hood – you do get goodies like the excellent Sports Suspension, a DAB audio system with Bluetooth and USB connection and electronic Torque Vectoring Control to help keep the front wheels as planted and scrabble-free as possible.

However, regardless of trim and extras costs, every Ford Focus gets a well laid out and spacious interior with one of the finest driving positions in its class. For a taller driver, it can be difficult for me to get comfy, but in this Ford I find enough slide and tilt from the steering wheel and every-direction driver’s seat adjustment to really slot into an engaged driving position.

The drive:
It’s widely agreed that the Focus is with the very best of them when it comes to on-road manners, and so far, the 180PS Ford Focus Zetec S is our top rated TotallyMotor test drive to date; scoring an impressive 93% for its speed, grip and super-solid, yet comfortable, handling set up. Sure, the Zetec S suspension is Sports Suspension, but it never really jars or feels too hard for everyday comfort, yet it still delivers encouraging cornering composure for faster fun.

But this little EcoBoost is for a more frugal flavour, even though it’s wrapped up in the Zetec S sports handling package.

With 125PS from a dinky 3-cylinder, 1-litre, turbocharged petrol engine, the 1.0 EcoBoost won’t obviously hit as hard as the 180PS, 4-cylinder 1600cc EcoBoost engine, but with headline eco-stats of 114g/km of CO2 and a quoted combined economy of 56.5mpg, this motor’s all about avoiding the pricy petrol pumps. But with its full range of torque available from just 1400rpm, the 1-litre engine is actually a well-rounded performer.

The small, quick-spooling turbocharger adds the early-revs-torque that such a small engine could never produce on its own, and matched with a well-spaced and easy-to-throw 6-speed manual gearbox, the 1-litre EcoBoost delivers good acceleration (11.3secs to 62mph) and a satisfying drive. The engine’s note is endearingly gruff and characterful, too.

The Focus is a surefooted and relaxing on-road performer; moulding well to your driving moods, and the 1-litre EcoBoost variant is no exception. But, add in the extra control of the Zetec S Sports Suspension, and you’ve got one happy corner apex-finder.

Ford quote a combined economy figure for the new 125PS, 1.0 EcoBoost engine at 56.5mpg. During this first drive review over a quite small handful of town and back lanes miles – with no real motorway cruising – I saw 42.6mpg on the readout as I killed the engine. Add in some motorway miles, and – as is the idea with these eco-focused new range of engines – work with the car for early gear changes and better eco-anticipation, and we could be looking at the later 40s on the mpg scale. And that’s good territory for a smooth petrol engine.

Ten second sum up:
The small, lightweight, eco-focused new 1-litre Ford EcoBoost engine works well within the well-rounded Focus package. The new engine is satisfyingly torquey and so far looks like it’ll deliver the goods on the mpg front. It sounds great, too! 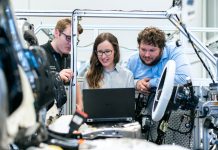 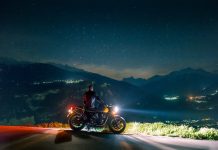 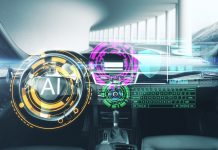 What is a vehicle infotainment system and why do you need one?

admin - March 31, 2020
0
If you’ve ever successfully assembled a flat-pack wardrobe, have you seriously considered taking the IKEA approach to getting a new car, too? Yes, you...

admin - March 31, 2020
0
If you’ve ever successfully assembled a flat-pack wardrobe, have you seriously considered taking the IKEA approach to getting a new car, too? Yes, you...

Top tips if you would like to build yourself a kit...

What is a vehicle infotainment system and why do you need...