totallymotor
Home What makes MINI such an iconic brand?

What makes MINI such an iconic brand? 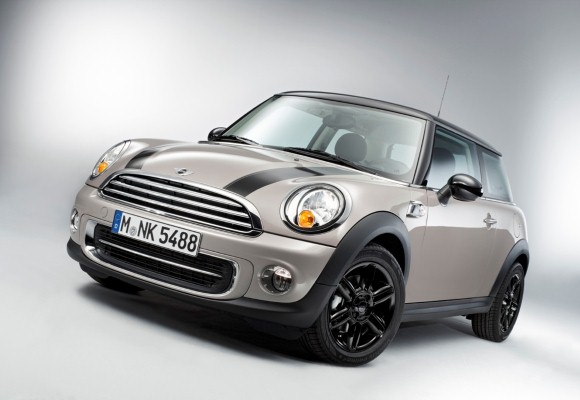 Everyone knows a MINI when they see one – but just how has the compact car become one of the icons of the British motoring industry, selling by the truckload all over the world? We explore the history of this much-loved brand and why the car is so covetable.

Launched by the British Motor Corporation (BMC) at the tail end of the 1950s as the Austin/Morris 850, and made particularly successful by the release of the first Mini Cooper in 1961, it didn't take long for the first Mini to capture the attention of drivers from all walks of life, be they your average office worker or more glamorous celebrities. Its small size made it amazingly easy to drive and park, putting it ahead of less manoeuvrable rivals like the Austin A35, while it also had a reasonable top speed of 72 mph and an 848 cc engine.

The Mini's appeal wasn't just confined to people looking for a convenient way to nip around town or commute to work; the car famously made an appearance in The Italian Job and was the car of choice for the 1964 Monte Carlo Rally winner, Paddy Hopkirk. Soon, the Mini started to crop up in all manner of films and TV shows alongside other British mainstays like red telephone boxes, black cabs and London buses, confirming its status as a real icon.

The great thing about the Mini's evolution is that its exterior design remained largely unchanged for decades, ensuring that it stayed firmly in the British psyche as an instantly recognisable icon. While the brand has produced many versions of the car over the years (such as the Countryman and Clubman editions), most of them had the distinctive curves and simple lines of the original in common – perhaps with the exception of odder models like the Moke buggy! – up until the radical redesign in 2001 (more on that later).

It seemed to take a while for BMC's competitors to latch on to the success of the Mini, allowing the diminutive car to hog the market for small motors for an incredibly long time, eventually culminating in the production of the brand's millionth vehicle in 2007. The car is now sold all over the world, and it's difficult to think of another compact motor that's had quite the same impact as the Mini.

BMW acquired Mini via its purchase of Rover in 1994 and production of the car stopped six years later, but that wasn't the end of the iconic brand. The re-launch of the Mini as the MINI in 2001 raised a few eyebrows – and not just for the new all-caps name!

The sleek, sporty BMW MINI Cooper hatchback was certainly similar in shape to the original, but everything else seemed a world away from the car's humble beginnings. This didn't seem to affect sales, though, with the brand proving as popular as ever, and the new iteration even featuring in the opening ceremony of the 2012 London Olympics.

To this day, drivers can still buy Clubman and Countryman editions of the new MINI, showing just how keen the brand is to keep a firm hold on its heritage. However, it's also not afraid to branch out – 2005's launch of the convertible model was, again, a talking point among car lovers, but this version has sold well since then.

So, it's probably safe to say that the future looks bright for MINI – sales are still strong in the UK, and the brand is continuing to take off in other countries, too, with sales reaching the 500,00 mark in the US and BMW mulling expanding its production into nations such as India. There's life in this tiny car yet!

See what all the fuss is about through MINI contract hire with Listers.

What's hot coming up at the Shanghai Motor Show 2011 this week? From concept cars to the latest economy-technology, and the odd supercar or two

She's been around a bit but the Mini Rocketman concept still enjoys much love from Mini-lovers. Small, light and cheeky; just like the Minis of old. And with this much love BMW will surely build it