totallymotor
Home Super-aero baby CLS with frameless four doors on sale in June, from around £25,000

Super-aero baby CLS with frameless four doors on sale in June, from around £25,000 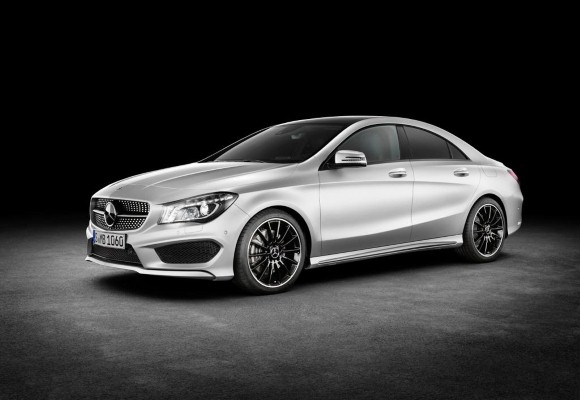 The new Mercedes CLA gets big brother CLS looks but for a more affordable £25,000 entry-level price

Well, it’s clearly all about the coupe-esque curves with this new Mecredes CLA; aimed at swooping Merc fans who can’t afford the CLS. The new CLA is the most aerodynamic production car on the market right now, so there’s a function behind its slippery-looking form. It’ll also come to the UK – in dealers in June – with a respectable range of the brand’s latest economical engines, and, later, an AMG variant with a quite snorty 350bhp. Sports suspension on all models sounds good, too.

Even at entry-level, new CLA drivers will enjoy turbo-assisted motoring for more torquey fun, with both the 1.6-litre and 2-litre petrol motors working turbochargers to produce 120bhp in the CLA 180 and 208bhp in the CLA 250.

The most efficient diesel engine currently planned for the UK – with the CLA 180 BlueEFFICIENCY Edition currently not confirmed for our market – will be the 2-litre motor under the bonnet of the CLA 200 CDI, with 134bhp and 300Nm of torque. This engine option won’t be available until the autumn, however.

Diesel power at UK launch will come from a 2.2-litre engine wearing a CLA 220 CDI badge, and making 168bhp and 350Nm of torque. Nice power considering its 109g/km CO2 output and best combined economy of 67.3mpg, with 62mph dispatched in 8.2 seconds and a 143mph top speed.

All the engines will use a start/stop function as standard and a six-speed manual transmission, or the seven-speed 7G-DCT dual clutch automatic transmission as the models upgrade.

Interestingly, for airflow geeks at least, is the CLA’s best drag performance. With a Cd value of 0.23, the CLA sets a new record for current production vehicles, only beaten by the non-UK CLA 180 BlueEFFICIENCY Edition with 0.22. It’s been a while since manfacturers have bragged about their aero-efficiency; let’s see if it leads to a Cd arms race!

The CLA is about the same size as the current C-Class, but with more sporty-looking shortened front and rear overhangs and an altogether more heavily sculpted, curving body. But, with four doors, there’s still practicality to be found in the CLA.

Big car safety has trickled down to smaller new models much more in the last couple of years and the new CLA is happily no exception. Standard safety features will include the ATTENTION ASSIST drowsiness detection system, and a radar-based COLLISION PREVENTION ASSIST system with adaptive Brake Assist, which helps the CLA avoid accidents from 4mph.

Moving up the cleverness and we come to COLLISION PREVENTION ASSIST PLUS which can carry out autonomous braking at speeds of up to 124mph. The system also brakes in response to stationary vehicles at a speed of up to 19mph and can stop a rear-end accident at up to 12mph.

If you want to catch the new CLA in the metal it’s at the Detroit Motor Show until 27 January, and Mercedes-Benz Fashion Week in Berlin from 15 to 18 January. 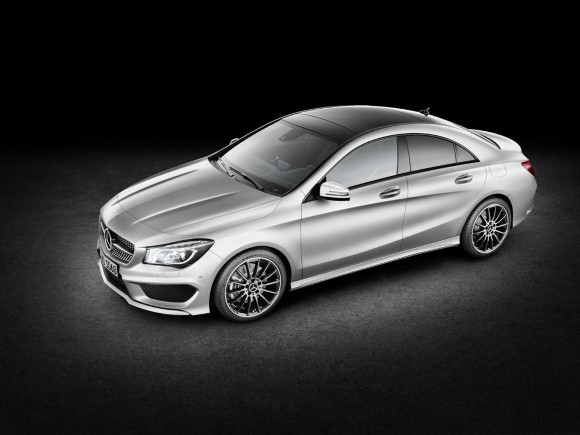 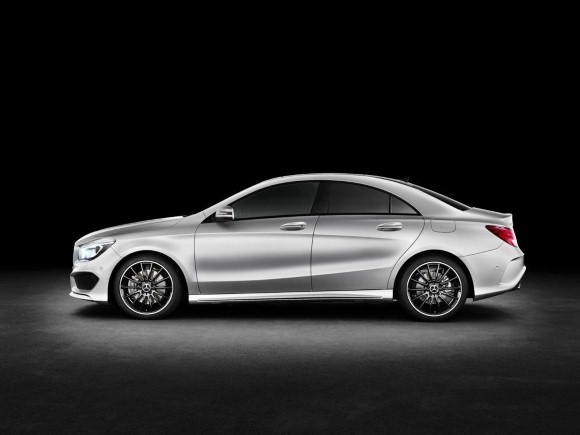 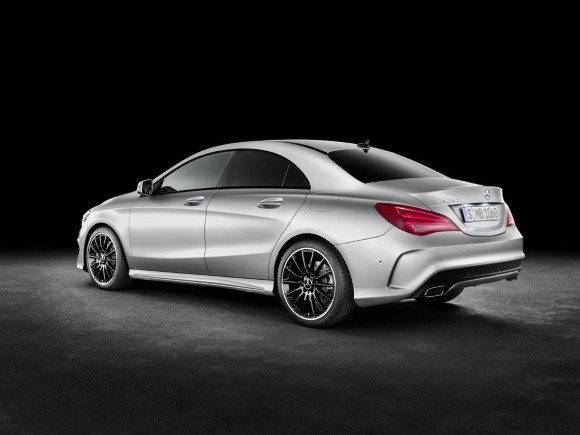 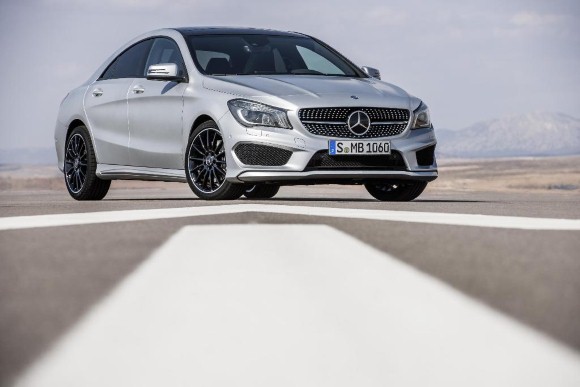 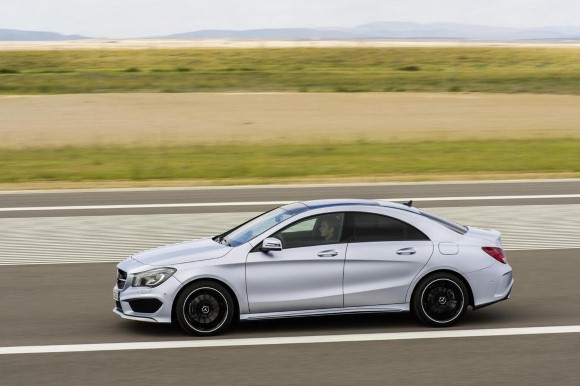 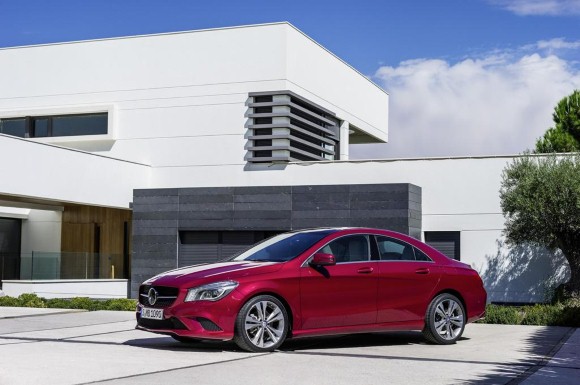 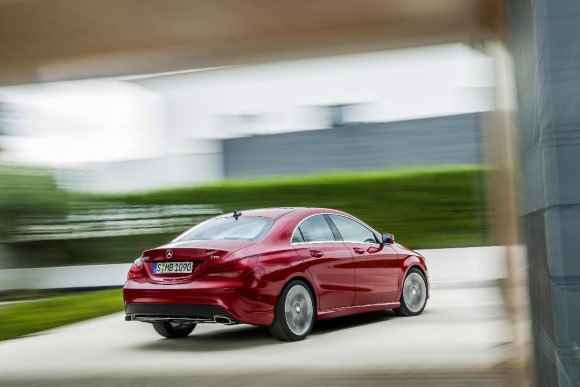 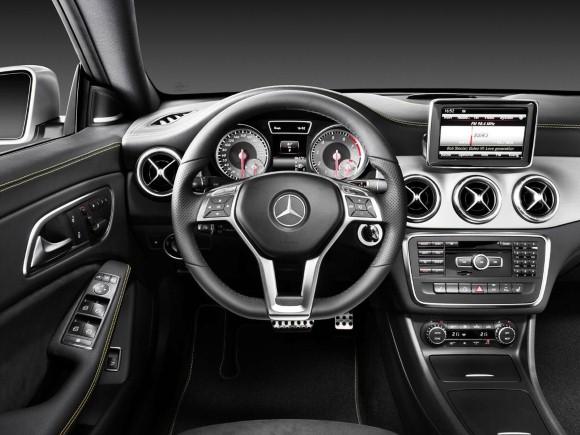 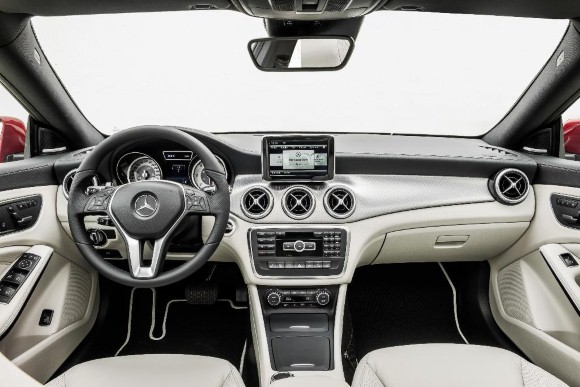 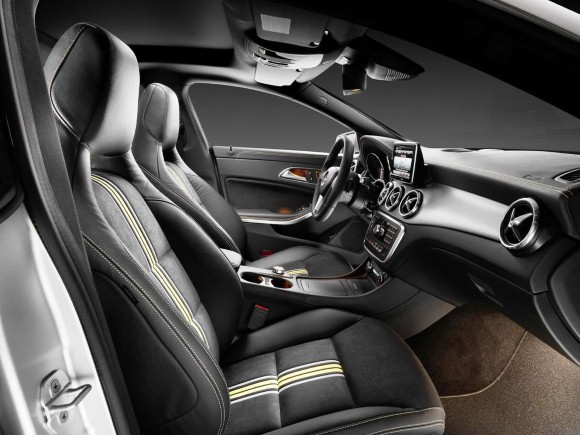 With even more power and torque than the ‘standard’ E 63 AMG, the new S-Model saloon cracks an incredible 3.6 seconds to 62mph

The wraps are off a heavily revised midsize Mercedes E-Class with totally reworked styling, more efficient engines and more safety and comfort tech as standard