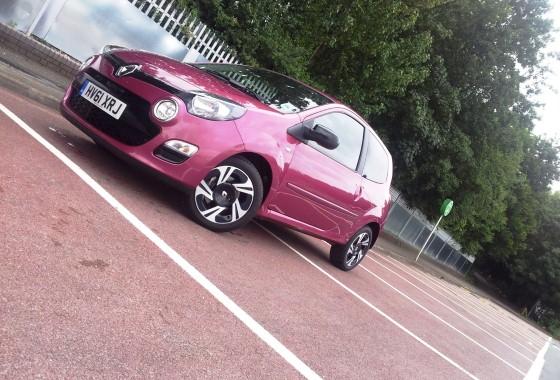 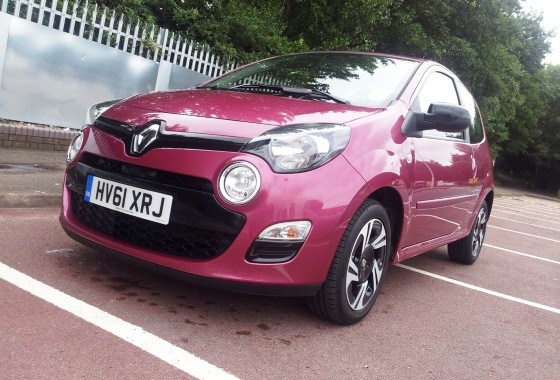 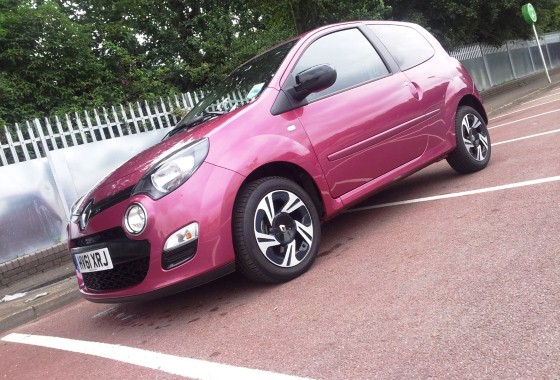 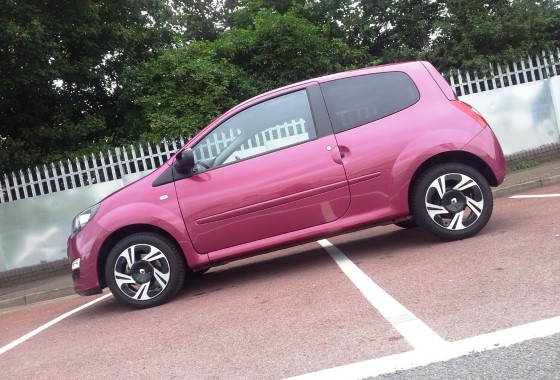 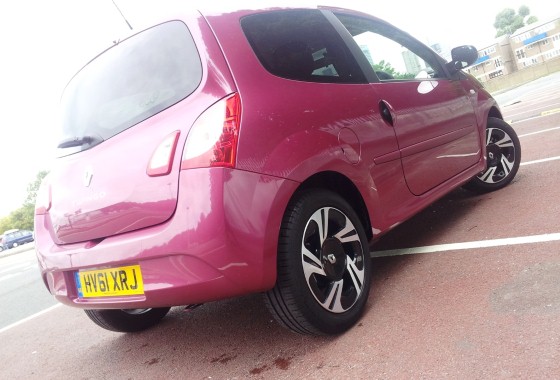 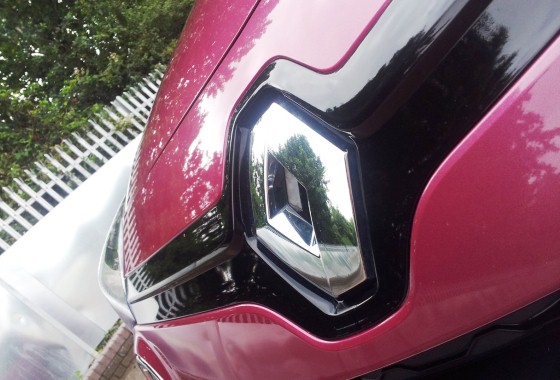 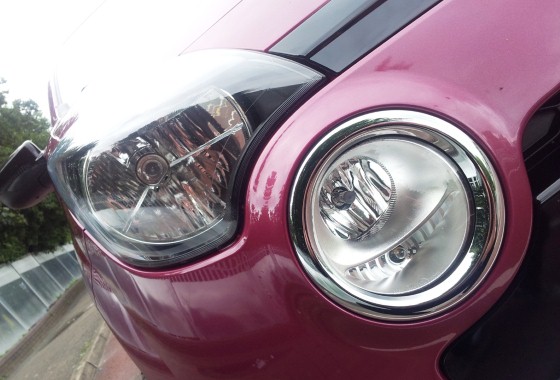 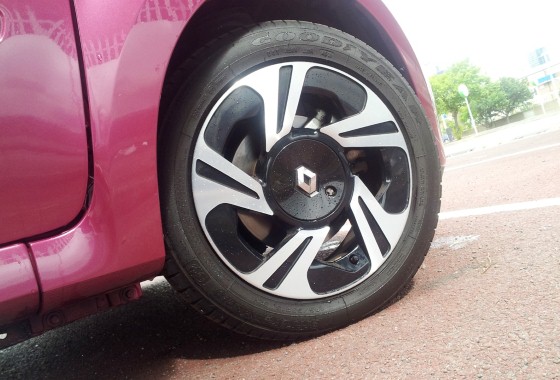 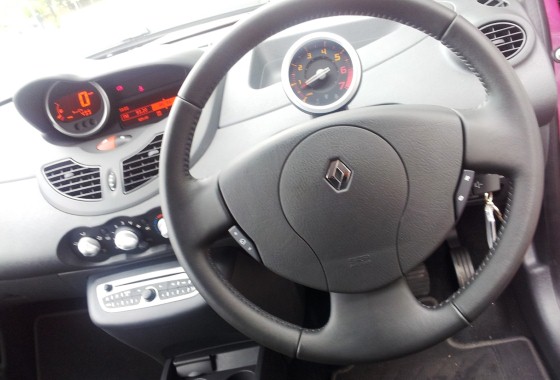 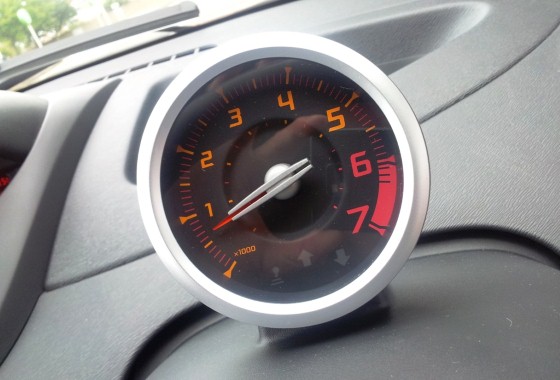 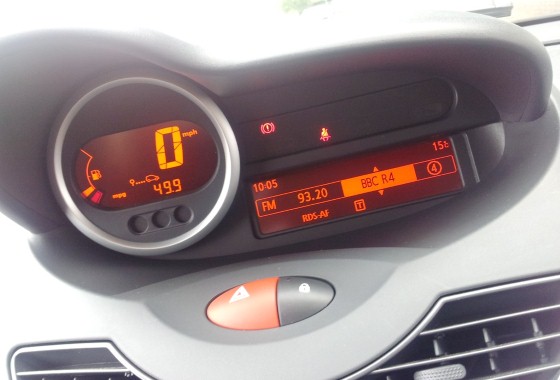 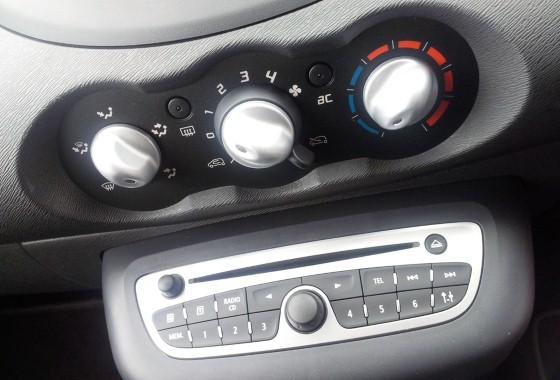 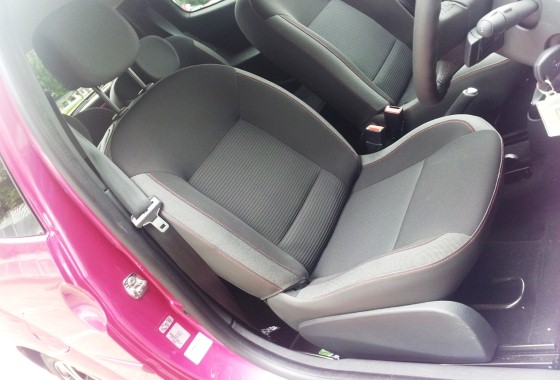 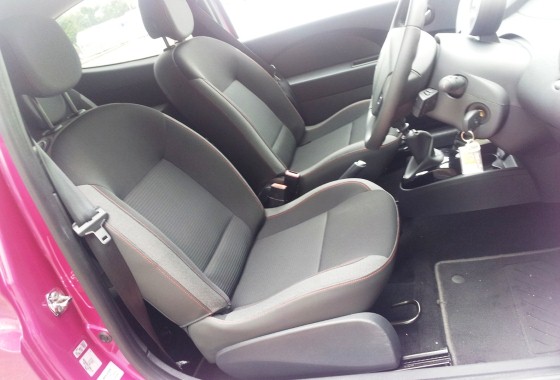 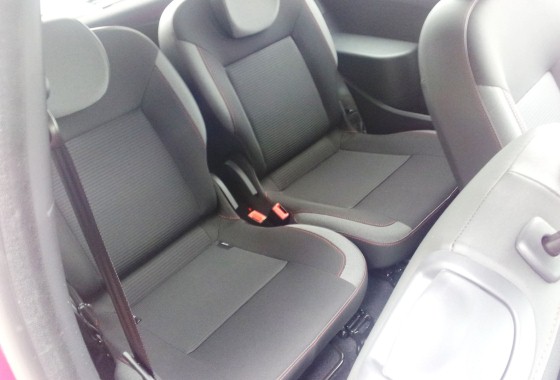 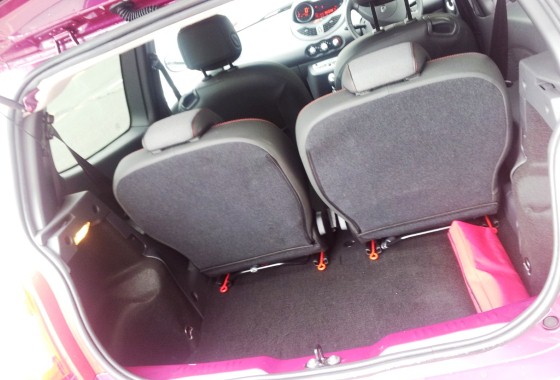 The second-generation Renault Twingo gets some funky styling updates – most notably to the front-end – for 2012, and only one (non-RenaultSport) engine option; a 1.2-litre, 4-cylinder petrol with 75bhp. It’s an eco-minded engine, mind, with CO2 at a distinctly tax-dodging 90g/km and a combined economy of 55.5mpg.

Pricing is pretty keen, with this entry-level Dynamique-trim Twingo listed from £10,350, although this TotallyMotor test car wears a dynamic metallic Fuchsia–pink shade of optional extra paint (£460).

French flair and sipping economy are the order of the day for the cute new Twingo, and after a week of many miles on many different types of roads, let’s see if it avoids the petrol pumps while it cuts its dash.

First impressions:
Aggressive, yet friendly sounds like an odd combination, but the new Twingo pulls it off rather nicely. The revised front-end styling – dominated by rally-car-like spotlights under the main, scowling headlights bring a touch of the cheeky difference, while the accusing headlights and slim, upswept black front grille centred by a large Renault diamond badge, shows that less is more up front.

This optional Fuchsia metallic paint might not suit all tastes, but it is a modern hue that lifts the Twingo’s modern styling right onto the radar of fashion-conscious supermini drivers. The standard 15-inch alloys with their forward-slashing black highlighted spokes sit very nicely with the black-detailed pink bodywork, too.

Moving along to the recessed door handles – which clean up the side profile of the Twingo at treat – although I did find them a touch fiddly for the first few uses – and the attractive Twingo styling continues, although the rear-end, with its new taillight design, looks truncated compared to the flowing front-end.

Into the interior:
Twingo’s long doors and generous roof height make getting into the driver’s seat easy and graceful, while the two-tone-grey fabric seats – with red stitching highlights – manage to match the exterior for modern attraction.

Height adjustment for the driver’s seat, however, is fairly limited and clunky to operate and with no reach adjustment to the steering wheel, I wasn’t entirely happy with my seating position. There is a decent amount of room for knees, elbows and head though offering wriggle room towards better longer distance comfort.

The relatively flat seat bases and backs mean less lateral support for cornering fun which left me supporting myself with the steering wheel more than I’d like, which isn’t the perfect situation when the steering wheel won’t slide out to meet you.

The dashboard matches the modern styling of the rest of the new Twingo with its techno-looking centre pod and steering wheel-mounted rev counter, but the steering wheel itself is a bit of styling disappointment with its huge chunk of dull centre plastic; a less attractive plastic finish that features in the deep dashboard, too.

An with the gearstick that feels on the cheap side and a hard-feeling support for the right elbow; it’s an interior that looks plenty nice enough for styling in most places, but sometimes doesn’t feel that fab under the fingers.

Seating space inside is good and the cabin airy, and the rear seats are highly adjustable and practical; opening the rear space right up – with rear seats entirely removed – to swallow some big Ikea boxes, just like a small van.

The drive:
As the green-coloured ‘Eco’ badge on the new Twingo’s behind announces; this 75bhp petrol-powered little Frenchie is all about the greener side of motoring life, with headline eco-stats of 90g/km of CO2 and a combined economy figure of 55.5mpg.

This sub-100g CO2 figure avoids road tax and the London congestion charge, and after a week of commuting and motorway cruising, I regularly enjoyed a touch over 50mpg on the in-dash readout, which is very close to where Renault have measured this Twingo’s economy. And that’s after a good dose of faster back lane fun, too.

The 1.2-litre, 4-cylinder motor feels a little down on power (75bhp) and torque (107Nm) and I had to work the engine – and the not particularly slick 5-speed manual gearbox – pretty hard to get the Twingo up to speed, especially on the motorway. Saying that, even with plenty of engines revs heaped on all day long, I still couldn’t heavily dent the car’s economy. Twingo’s low weight (950kg) will always help here.

The suspension set up was on the soft side for my liking and body-roll was more obvious than I was expecting; especially given Renault’s solid reputation right now for sharp-handling superminis. The Twingo still gets good tyre grip through the apexes, however, once I’d learnt to push on past the body-roll. But, again, with a car like this, though it will enjoy some bends if you’re in the mood, it’s more about cruising along with the engine revs sitting low and the mpg figure climbing high.

Ten second sum up:
The new Renault Twingo is certainly a styling success outside and inside, and while there are some small disappointments inside, the spacious and practical inner space will push these niggles aside for most people. As will its strong real-world economy, low-CO2 and keen pricing.

The facelifted Twingo gets the Renaultsport 133 treatment and hits dealers at the end of next month, priced at £13,565