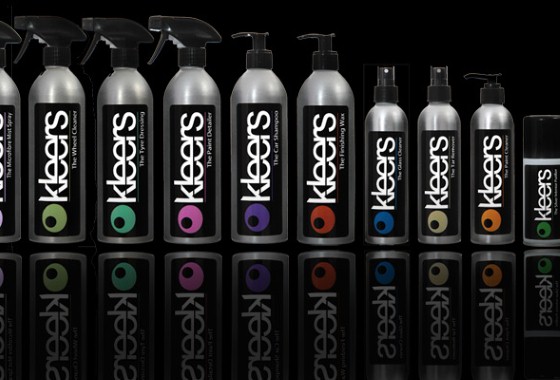 The bucket is back. And this time the polishing is personal! Yes, it’s the final exciting instalment of our Kleers car care products test, here at TotallyMotor. And first up I have to make a small admission to some lacklustre behaviour.

Our cheap ‘n’ cheerful Alfa Romeo 146 1.8-litre TotallyMotor project car has, over the last few weeks, been treated to some regular tickling under her silver-painted chin with the aforementioned Kleers cleaning products – car shampoo, wheel cleaner and glass cleaner tests; here – tar remover, paint cleaner and paint detailer tests; here – but the waxing-cherry on the clean-car-cake has, until now, been rather shoddily missing. So what’s my excuse?

Well, I’m happy to lay fault at the feet of the weather and, I’m afraid, the guys at Kleers products must take some blame for my lacking of waxing, too.

First up; the rain. Now I do enjoy cleaning my own motor, and even though the Alfa was pretty cheap, she still shines-up plenty cheerful, and there’s a certain pride to shining your own ride. But I refuse to spend a good few hours washing, drying, and then waxing a car if it looks like rain in the sky. I’m just not that OCD!

And then there’s the buck I’m going to pass to Kleers. Their paint detailer is so quick and easy to use that I found myself taking the easy way out and simply running a coat of detailer over the washed and dried Alfa to give her quick shine. The detailer is literally a wipe-on and buff-off quick-wax that’s perfect for the time-pressed perfectionist – especially if the heavens look like they're considering an opening.

But the weekly guilt was beginning to build as I packed away the cleaning kit, knowing full well that the brushed aluminium bottle of Kleers Finishing Wax remained untouched, untested, and looking a little unloved.

Waxing take ages; I kept telling myself. But not this time – the Kleers wax goes on and comes off easy.

With the Alfa washed and dried I set about with the wax. I used a slightly damp Kleers Microfibre Finishing Cloth to spread the wax around the car. I find that a damp cloth helps lay down an even coat of wax a little quicker – but that’s just me – you guys can follow the Kleers instructions or do it your own way. I then buffed-off the milky residue with a fresh Kleers Supersoft Polish Towel.

Wax on, wax off – I’ve got to say it was as easy as that. Yes, there’s always a little elbow-grease involved in waxing your ride, but the Kleers wax left a deep shine, without exhaustion. It also removed some tar spots and dried-on blemishes; which I kinda hoped it would. Think of it as a deep-clean for your paint that leaves a wax layer between the precious colour and the road filth. The Alfa’s silver paint was left silky-smooth and high-shined, and it really didn’t take that long.
So no excuses next time!

But, there’s another test – what’s the waxed paint like to wash, next time you get the sponge out? Answer: as easy as a big slice of painless-pie.

With the Kleers wax laying over the paint the dirt has nothing to grip, and a quick tickle with some warm soapy water and a drying buff revealed the same deep shine that the then fresh waxing had left seven days ago.

And that’s the way it should be – a decent wax every couple of months will keep your paint sweet, and save you time in the long run, as every next regular wash is a faster affair. But, just to be on the OCD-side, I gave her a quick going-over with the Kleers Paint Detailer and stood back to enjoy the Alfa’s maximum shine. And it hasn’t rained since. Although it was only yesterday!

If your car’s black plastics and rubbers are looking more grey and drab than lustrous black, then you’ll be looking for a colour and shine restorer. I tried this one out; Protect & Shine Bumper & Tyre Gel from Turtle Wax

New shampoo for you?

No it’s not for your head. It’s way more important than that. It’s for your car! £2.50 special offer for TotallyMotor readers