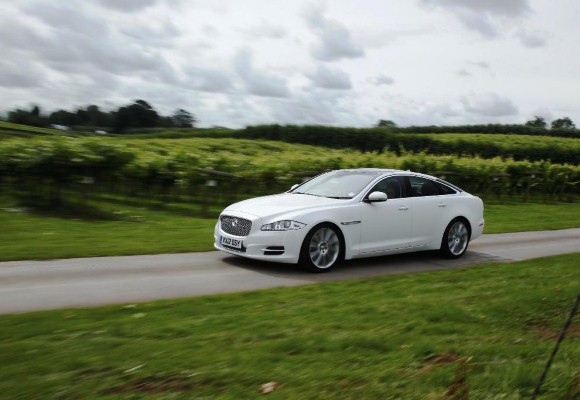 The Jaguar XJ brings comfort and serenity to all who travel in one. And not just the lucky ones in the rear seats

There is justice in the world. This point is emphasised by the Jaguar XJ but not in the way that you might first imagine.

Consider that drivers of this iconic luxury saloon are more often than not going to be underpaid chauffeurs and that passengers will typically be wealthy businessmen and politicians. The fact that the electrically adjustable and heated front seats are equipped with a 10-minute massage function (as you can see from the video at testdrives.biz), which really does get to all the necessary areas, makes the driver and front passenger’s journey a thoroughly pleasurable experience.

This luxury is reserved just for the front occupants and not the stressed PM in the back. What a dreadful pity when he has had such a tough day introducing policies such as allowing homeowners to add sizeable extensions without requiring planning permission – fuelling neighbour disputes. While he unwinds and no doubt curses journalists for missing the point about boosting work for builders, he considers his position in the shadow of the late Margaret Thatcher whose funeral was attended by representatives from 170 countries including the Queen. He becomes increasingly irate about a certain Mr Farage and his UK Independence Party. The chauffeur nods in sympathy, all the while enjoying the drive to Wales where the PM is set to tell the Welsh Assembly to modernise its public services…

It’s not all bad in the rear though, because these seats are heated and electrically adjustable. It’s even possible for the rear occupants to move the front seats forward, if legroom is too tight. There are air conditioning controls, too. Television screens fitted in the back of the front headrests help passengers forget about their woes or indeed keep up to date with the latest news. This is reliant on there being reception and sadly in the depths of Hampshire and Dorset, where the bulk of the test takes place, there is none.

Back in the front, by far the best part of the XJ, there are controls to satisfy every whim. Push a button and the steering wheel warms up. The dial for the automatic six speed box rises when the engine start button is pushed.

If fast driving is necessary to get to the Commons or Chequers then using dynamic mode and sports control in conjunction will ensure swift progress, on occasions jolting occupants back in their seats; useful if they become irritating… It’s hard to believe that under the bonnet resides a three-litre diesel engine, although there is an audible rattle on start-up, quickly forgotten when on the move. Engine stop/start, which cuts in and out with great reliability, is one of the smoothest and quickest on the market. This helps the largest Jaguar in the range to travel around 500 miles on its 82 litre tank.

The sophisticated cruise control, ideal for motorway cruising, automatically keeps this short wheel base model a safe distance from the car in front, braking and accelerating when necessary. Ride is as you would expect, exceptionally comfortable. The trouble free all-aluminium body ensures good handling.

For reversing there’s a helpful camera that appears in the centre console, which is just as well because you won’t see too much out of the rear window. The media centre in the middle of the dash is home to a sat nav, radio, controls for the heat and massage functions of the front seats. There’s a television, too.

A massive glass roof stretches the length of the vehicle and its covers retract electrically. These covers match the rest of the roof, which is lined in a dark cosy and welcoming suede, which compliments the black leather and dark wood interior. There’s a fair bit of chrome, too and even footrests for the rear passengers. It is however, disappointing that a rattle springs to attention from the driver’s door as I proceed down a country lane.

Bearing in mind the length of the XJ it is perhaps a little disappointing that there is only a reasonably sized boot but its lid automatically rises and falls, ensuring there are no dirty fingers. “It’s a bit Marmite, too,” says a colleague. “You either love it or loath it.”

Externally the Jaguar has a striking design but for me, it looks too similar to the smaller XF. Nevertheless it cuts an imposing and sophisticated presence. Since Tata took over, a Jaguar’s head has been introduced, which finds itself on the bulky key fob. This looks out of place to me and the traditional leaping Jaguar, which is used liberally throughout should be the only emblem used. The original XJ was a tough act to follow in terms of style and quality and it was low to the ground but its replacement is far more reliable with superior build, if not so sporty.

Overall, though this is without doubt a remarkably distinctive luxury vehicle and one that Great Britain should be proud. This statement of class represents huge value for money especially when the next best car is arguably the more expensive Rolls Royce, which shares many features.