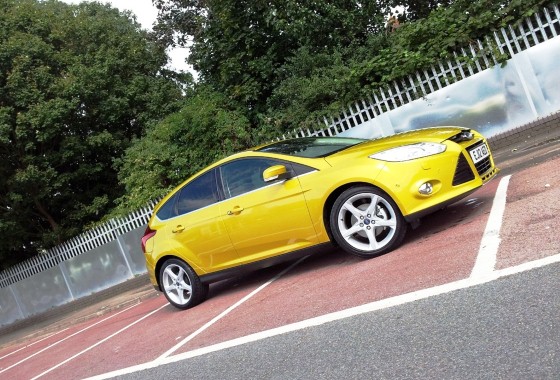 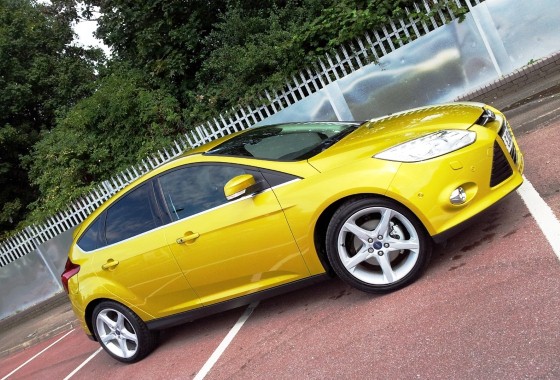 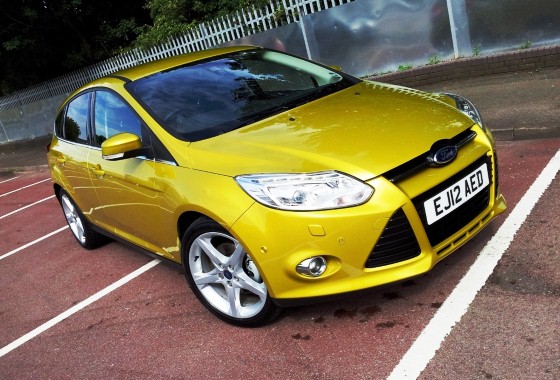 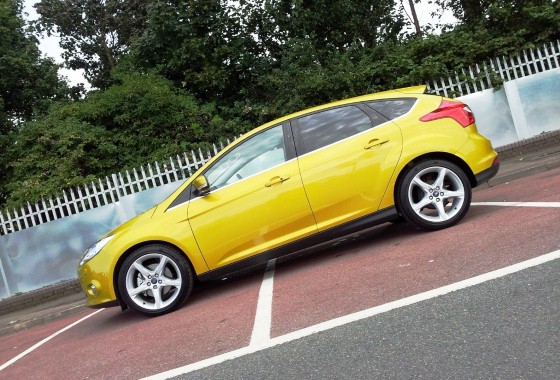 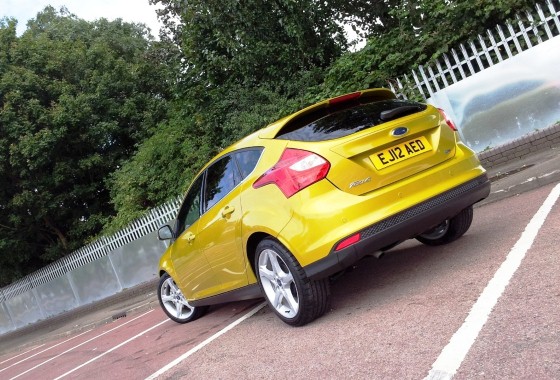 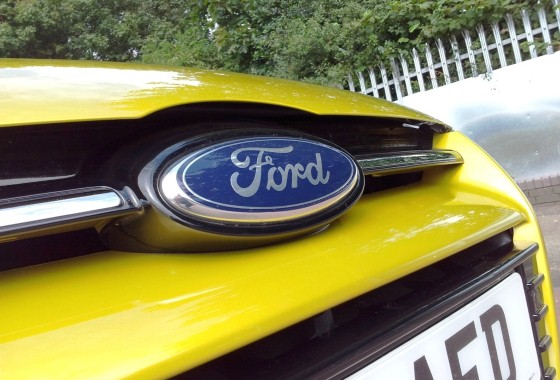 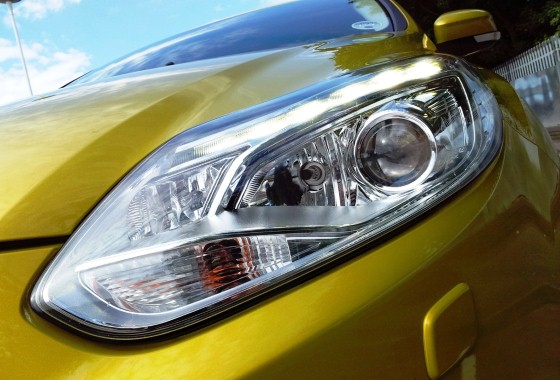 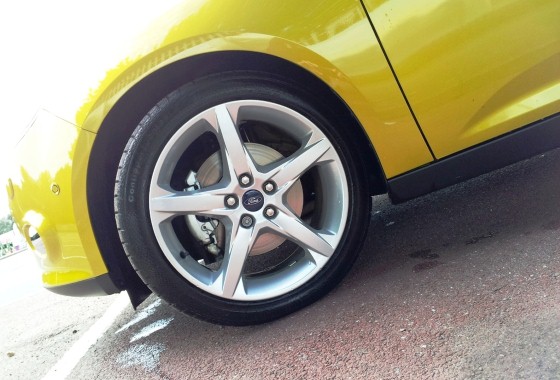 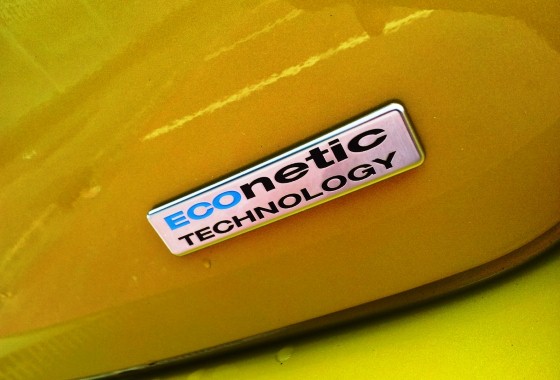 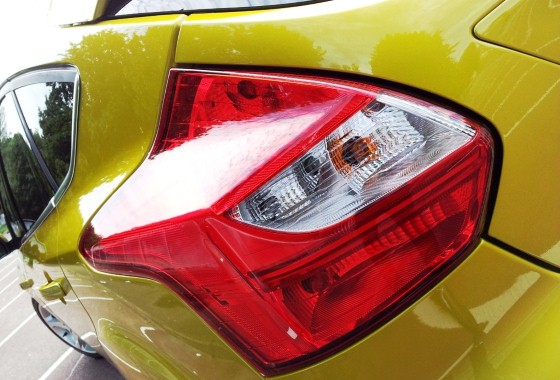 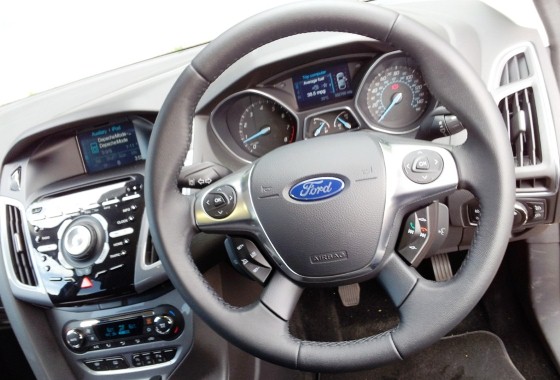 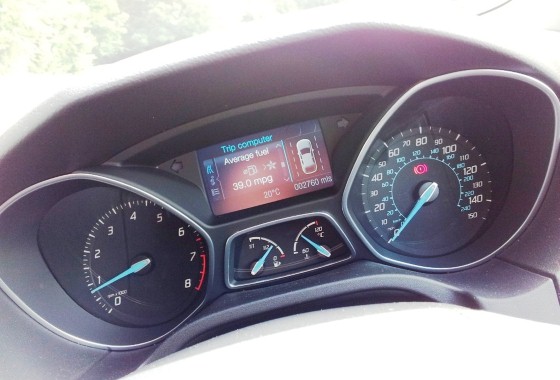 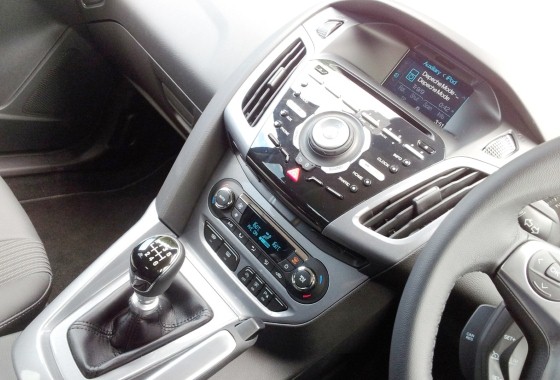 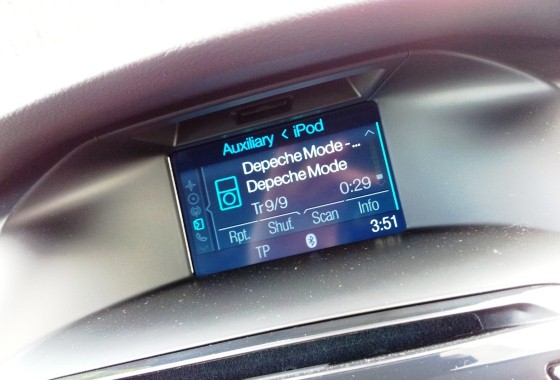 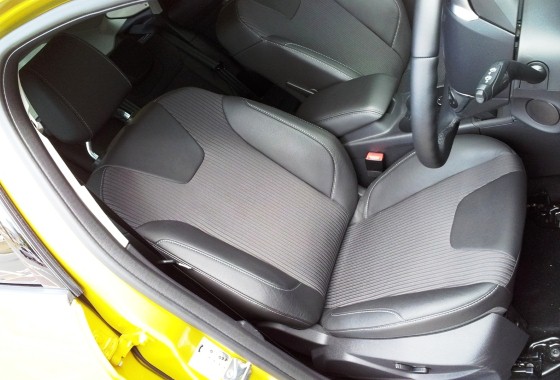 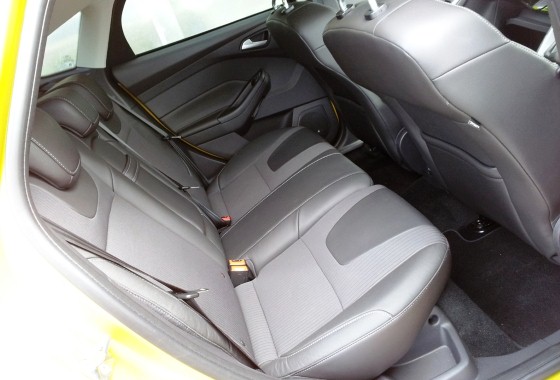 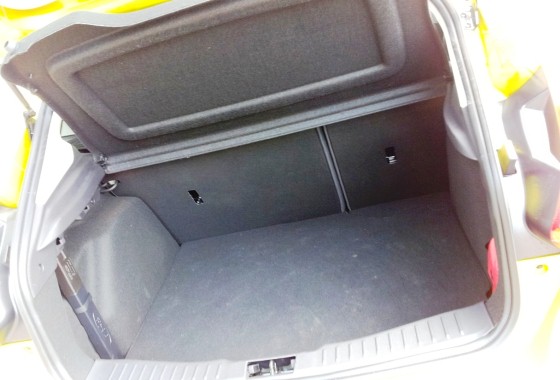 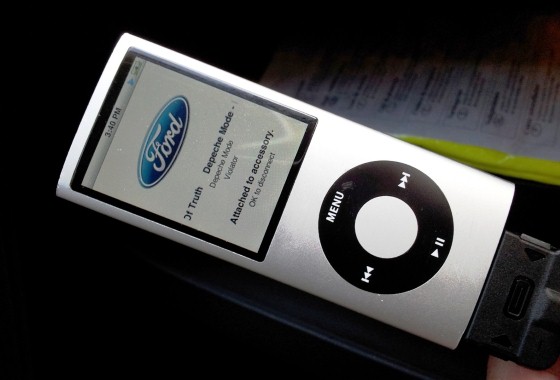 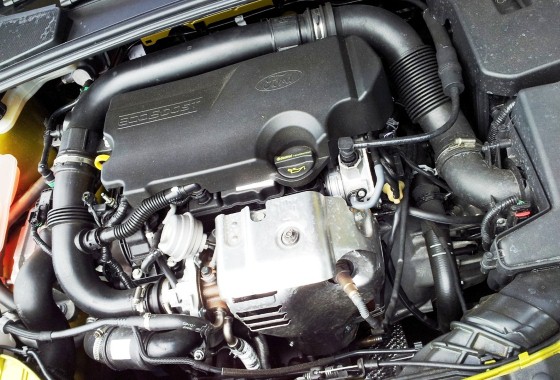 Diesel has always been the fuel of choice for frugally-minded motorists, but petrol is blazing a comeback trail recently with many mainstream manufacturers launching small-capacity petrol engine-powered cars that claim to closely match their diesel cousins for fuel-sipping economy.

And this new EcoBoost 1-litre, 3-cylinder engine is the latest big eco-news from Ford. It’s an all-new engine with plenty of new tech; a small-cc petrol powerplant that uses a small, quick-spinning turbo to back up its minimal displacement with easy-access torque.

Ford quote a combined economy figure of 56.5mpg for this Focus with 1-litre EcoBoost power, which is getting close to some of the best eco-diesel engines, but, once you factor in the recent rocketing of the at-the-pumps price of diesel; this little petrol motor seems to make even more sense. CO2 sits at a tax-friendly 114g/km, too.

So, petrol refinement with near-best-diesel economy? That’s the plan. Here I’m trying the Focus EcoBoost 1-litre in top of the range Titanium X trim, with nearly 125bhp. It’s priced at £20,945, plus a fair few options that take the total price to £24,265. Let’s see how the economy fares after a week of real-world commuting, general nipping about, and a bit of back lane blasting.

First impressions:
For me, the third generation Ford Focus is a clean ‘n’ classy shape that I’ve liked from the off – although I’m not totally sold on this optional pearlescent Candy Yellow paint (£745).

This car also benefits from tinted windows (part of the Appearance Pack at £525) and bigger 18-inch alloys wheels (£400). Tinted windows and bigger rims rarely hinder a car’s appearance and this Focus wears them well.

Into the interior:
The interior space, tech and ergonomics are one this car’s very strongest points, and inner space and driving comfort are surely some of the most important new car traits. Ford got things right with the Focus.

As a taller driver I’m always looking for plenty of adjustment to driver’s seat and a naturally ergonomic driving position. Of course, this is a top of the range Focus so we’ll be expecting plenty of adjustment and comfort, but even so it’s very hard to fault any of the Focus trim levels for comfort. This Focus fits me like a glove!

The third-generation Focus was launched will a big, err, focus on new driver aids and safety tech, which for the most part you need to pay extra for. For example, the Driver Assistance Pack (£850 extra on this car) features Active City Stop, Lane Departure Warning, Lane Keeping Aid, Traffic Sign Recognition, Driver Alert, Auto High Beam and Blind Spot. That’s a lot of tech for under a grand, but options mean, of course, that it’s all entirely optional to best suit your budget.

Also, bear in mind that the Focus is a very fine handling car that grips, corners and brakes with serious stability and chassis composure, and I would always rate this one of my very top 'natural' safety requirements when test-driving any new car.

The drive:
In short, you can treat this little EcoBooster like any other medium-size car; worrying not about its diminutive 3-cylinder engine – it’s all backed up by the turbo for useable early power and respectable acceleration performance.

The quoted performance stats for the Focus 1.0 EcoBoost (125PS) are 62mph in 11.3secs and a top speed of 120mph – both plenty good enough for making safe and legal progress on British roads and motorways. And all to the characterful throb coming from under the hood.

The standard Ford Focus chassis remains happily in place, but now it’s carrying a lighter and smaller engine, and it’s never a bad thing to reduce overall weight. This car rides very calmly with encouraging chassis composure and good bump-soaking. It loves the bends too with corner grip and powerful braking balance.

Some low-cylinder-count engines can suffer from the shorter rev-range and a breathless power delivery towards the top of the tacho, but the EcoBoost motor – through a snicky 6-speed manual gearbox – has plenty of length to its gears and pulls well to the redline. The only re-tune I had to do to my driving style was loading a little extra revs on to the clutch-bite to make sure this Focus pulled away with the gusto I wanted. It’s a small-cc engine and, as such, doesn’t have the internal inertia of a bigger motor, but this is easily dealt with some finer clutch control.

A quoted combined economy of 56.5mpg is certainly knocking on the door of the eco-diesels, but, during my week-long test over several-hundred very mixed miles, I saw around the early-40mpg on the comprehensive in-dash readout.

I think mid-forties may be on the cards if you’re a very smooth cruiser, which I think isn’t bad at all for a refined and torquey petrol engine that benefits from long-acceleration-legs, and a smiling engine sound. EcoBoost's lighter weight only benefits further the Focus’ excellent all-round handling character, too. So, once you’ve factored in the premium price of diesel over petrol, the Ford 1.0 EcoBoost makes a very good case for itself indeed.

Ten second sum up:
We still enjoy our smoother petrol-driving experience here in the UK and Ford’s new EcoBoost 1-lire petrol motor can only add further gloss to our petrol fuel love affair. And nestled neatly under the bonnet of one of the very finest handling hatchbacks on the market is indeed the tasty cherry on top of this motoring treat.