totallymotor
Home Around £180,000 for the latest 991-based GT racer, with 460bhp and all the racing goodies

The new Porsche 911 GT3 Cup has been unwrapped in Germany ahead of a busy 2013 racing season, including the Porsche Mobil 1 Supercup series. Since 1998, 2,395 Porsche 911s of the various seven generations have been built on the German production line purely for the purpose of maximum track attack. Having driven a 996 GT2 on Michelin slicks at the Estoril circuit in Portugal, I can indeed confirm that the 911’s rear-engine’d levels of braking composure and apex-grip are truly mind blowing.

The new 911 GT3 Cup is powered by a 3.8-litre six-cylinder flat-six engine that makes a healthy 460bhp at 7,500 revs, beating its predecessor by 10bhp. A six-speed ‘dog-type’ gearbox developed by Porsche Motorsport sends the power to the rear axle and, for the first time in a Porsche Cup racer, is controlled by shift paddles on the steering wheel.

More new parts for the new racecar include single-piece race wheels with centre mounts, again designed by Porsche Motorsport, and fitted with Michelin racing slicks that are two centimetres wider at the front (27cm) and one centimetre wider at the rear (31cm). So that’s a rear slick that’s over a foot wide on each side!

Burning red hot behind those so-wide-rims is a newly-developed big-disc braking system that’s even beefier than the last car’s. The 380mm diameter slotted and inner-vented steel brake discs on the front axle get grabbed by aluminium six-piston fixed callipers; the rear end gets a four-piston set up.

And if the braking is left a little late and the tarmac is departed, the new GT3 gets to test its new safety cage and race seat. The roll cage is a web is high-strength steel while the new seat is specially shaped around the head and shoulders and can be adjusted individually with padding. There’s also a rescue hatch in the roof should things really go pear shaped and there are a few less corners on your new £180,000 uber-Porker.

Like its predecessor, the new Porsche 911 GT3 Cup is produced in Stuttgart-Zuffenhausen on the same assembly line as the 911 road cars, and then at the Motorsport Centre in Weissach, where they all get a general track set-up and a good shakedown test before delivery. Oh, and you can have your new 911 GT3 Cup in any colour you like, as long as it’s white.

The new Porsche 911 gets faster still with the release of the four-wheel drive Carrera 4 and 4S models. Priced from £77,924

The 2012 Porsche 911 goes on sale this weekend and you can design yours in every tiny detail on Porsche's new 3D online configurator. Best design wins Porsche fun! 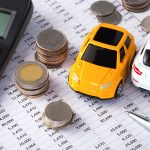 admin - February 7, 2020
0
Today, if you want to order food there are services like Just Eat, Deliveroo and UberEats bring together all of your local restaurants under...

admin - January 24, 2020
0
After the last of the winter snow melts, and we are welcomed into warmer seasons, it’s important for all aspects of our life to...

admin - February 7, 2020
0
Today, if you want to order food there are services like Just Eat, Deliveroo and UberEats bring together all of your local restaurants under...

admin - January 24, 2020
0
After the last of the winter snow melts, and we are welcomed into warmer seasons, it’s important for all aspects of our life to...